Medicinal or not, smoking that joint could result in the loss of your job. 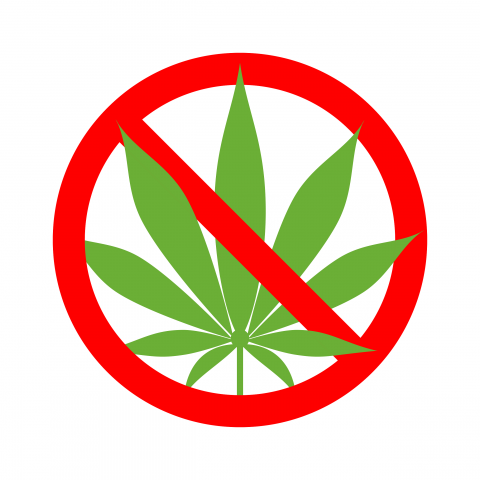 Under the CSA, drugs and other controlled substances are divided into five schedules.  Healthcare providers are very familiar with Schedule II drugs such as morphine, fentanyl, codeine, methadone, and oxycodone.  Schedule II drugs are considered to have accepted medical use.

Schedule I drugs, on the other hand, are not considered to have accepted medical use.  Marijuana as well as heroin, LSD, peyote, methaqualone, and 3,4-methylenedioxymethamphetamine (Ecstasy) are all Schedule I drugs.  Even though 33 states have legalized Marijuana for medical use, it remains on the DEA’s Schedule I list.

There have been numerous attempts over the past nearly 50 years to remove marijuana from the Schedule I list.  However, there have been no changes in the CSA related to marijuana. Therefore, federally, the use of marijuana is currently illegal.

The Marijuana Opportunity Reinvestment and Expungement (MORE) Act of 2019 is a bill that has passed the first stage in Congress. This bill would decriminalize and deschedule cannabis (marijuana) to provide for reinvestment in certain persons adversely impacted by the War on Drugs, to provide for expungement of certain cannabis offenses, and for other purposes. There are still additional stages in the legislative process before MORE can be enacted, and its future is uncertain.

The Marijuana 1-to-3 Act was introduced to Congress in September 2019 to move marijuana from Schedule I to Schedule III under the CSA. One issue that may delay marijuana from being removed from the Schedule I list is that, unlike alcohol, there is no standardized “test” to identify if someone who has used marijuana is impaired.  Because tetrahydrocannabinol (THC), the chemical in marijuana that makes you feel “high,” can remain in a person’s system for several days or even weeks, it is more difficult to determine from a blood test whether or not the person is impaired from the use of marijuana. Regardless of your belief regarding the use of marijuana, everyone is likely to agree that it is important to have a way to identify if someone is impaired due to marijuana when providing care to patients or operating a motor vehicle, etc. Until this dilemma is resolved it is unlikely that marijuana will be removed from the Schedule I list.

What does marijuana being a Schedule I drug have to do with anything if I live in a state where the use of marijuana is legal?

What does this mean to nurses and other healthcare providers?

The harsh reality is that as long as marijuana remains a Schedule I drug under the CSA, if you work in a healthcare facility that receives federal reimbursement and you use marijuana, your assignment will be canceled/terminated if you have a drug screen that is positive for marijuana EVEN if you have a medical marijuana card.  Also, you will likely be reported to your state nursing board.

What if my pre-employment drug screen is positive?

Until the federal government aligns its policies and legislation with the direction that many states are heading, the use of marijuana will remain prohibited for healthcare workers.

For additional information, please refer to the links below.